A tribute to Mother Earth on Mother's Day

Col. Chris Hadfield, Barenaked Ladies and the Wexford Gleeks
Canadian Astronaut Col. Chris Hadfield returns to earth tomorrow but not before he has touched many hearts with his remarkable photographs and insights into the beauty that is our ultimate Mother.  May we treat her with the respect she deserves.
To appreciate more beauty of our Mother why not visit
Skywatch Friday

Happy Hearts Day to All 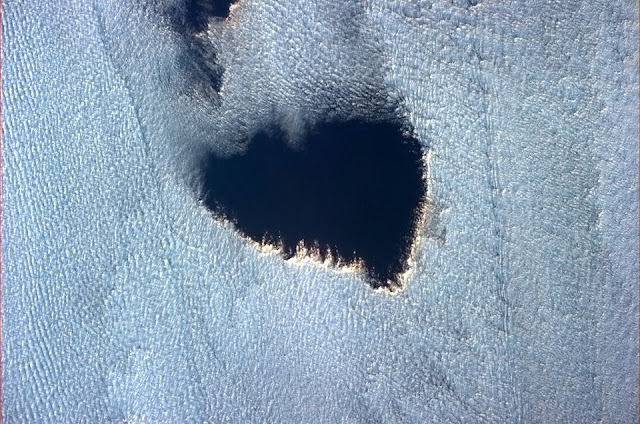 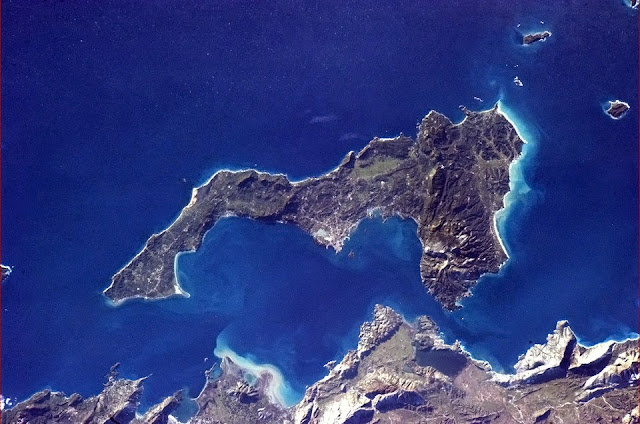 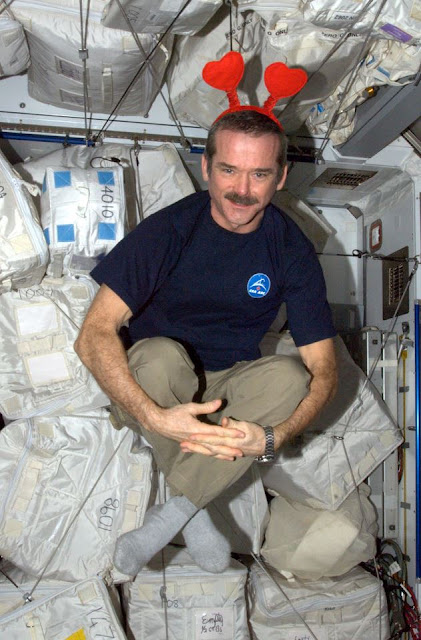 Credit: Col. C. Hadfield
"You make me feel light-headed, like I'm floating around the room."
Col.Chris Hadfield, ISS
We seem to have a hopeless romantic in Canadian Astronaut Col. Chris Hadfield, Commander of the International Space Station
If you haven't seen Col. Hadfield's photos of our beautiful home from space why not "friend" him on Facebook and see some breathtaking skies from space.
https://www.facebook.com/#!/AstronautChrisHadfield
Happy Valentine's Day everyone!

Merry Christmas to all and to all peace and joy 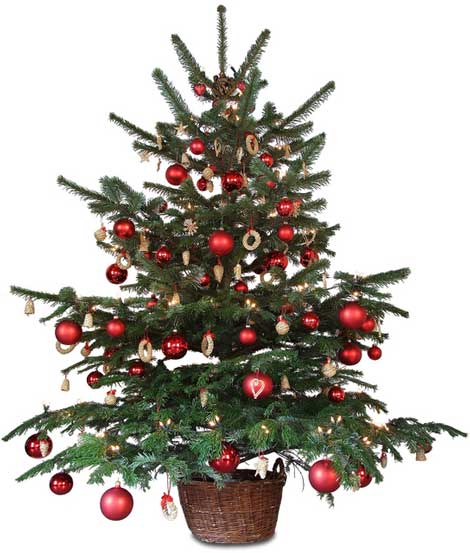 Merry Christmas to all
and
To all peace and joy to you and yours. 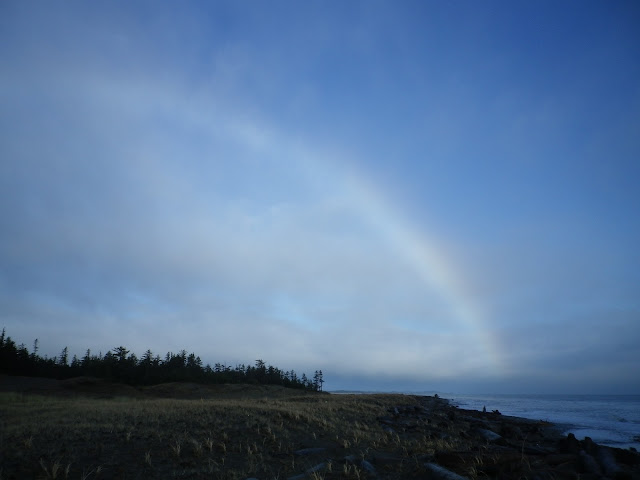 Lots of heavy weather as of late ... 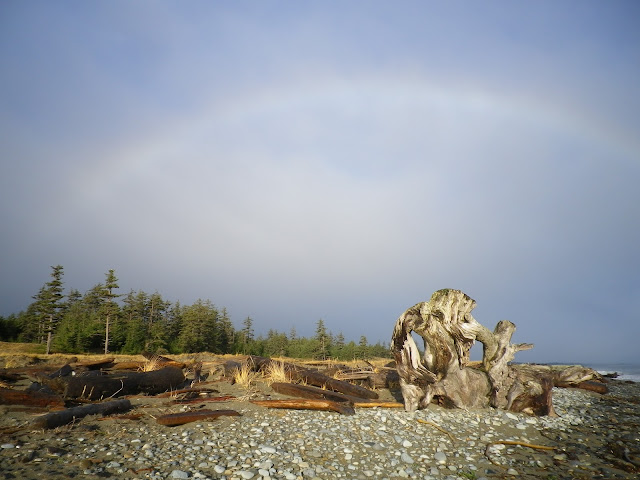 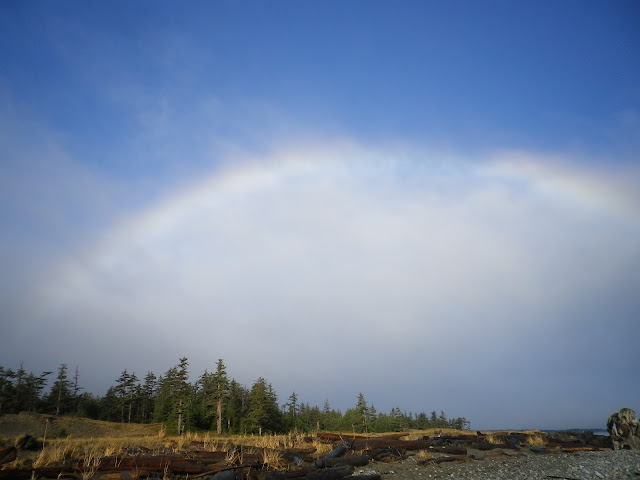 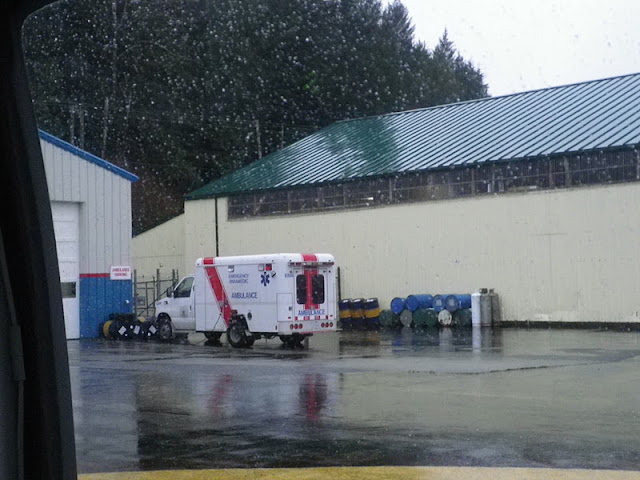 On November 16, 2011 I awoke to a group of symptons most woman my age are all too aware of and never want to have... but denying them can kill you so I got myself down to Emergency.  With my blood pressure  through the roof and symptons of a STOKE I was MediVac'd to Prince Rupert for a CAT SCAN, echocardiogram and ultra sound of my neck arteries! 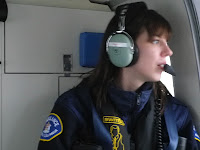 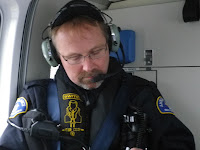 Within an hour of stablizing my blood pressure I was loaded into an surface ambulance and then an air ambulance for the one hour trip to the mainland and from there depended on what my tests disclosed.
Nothing devasting showed up on the tests so after a night in emergency because there were no beds in the hospital I was on my way home. 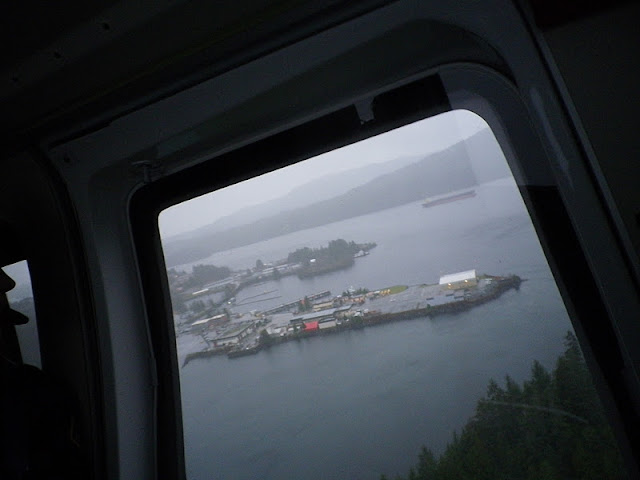 Leaving Prince Rupert.
Prince Rupert does not have a walk-in clinic so everything goes through the emergency room....it was a busy night. 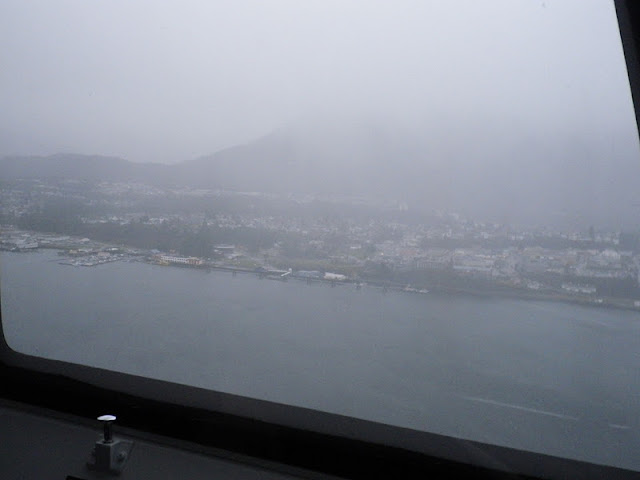 I was expecting to stay an other night in Prince Rupert because of weather however they(the helicopter pilots) said there was a window of opportunity....I didn't see it! 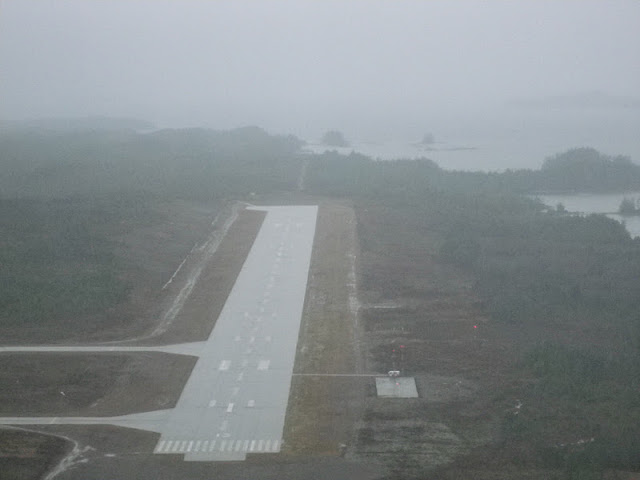 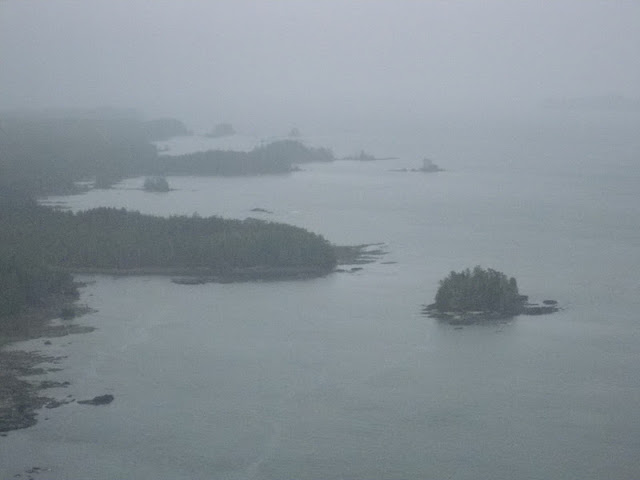 Heading out across the Hecate Strait in the fog. 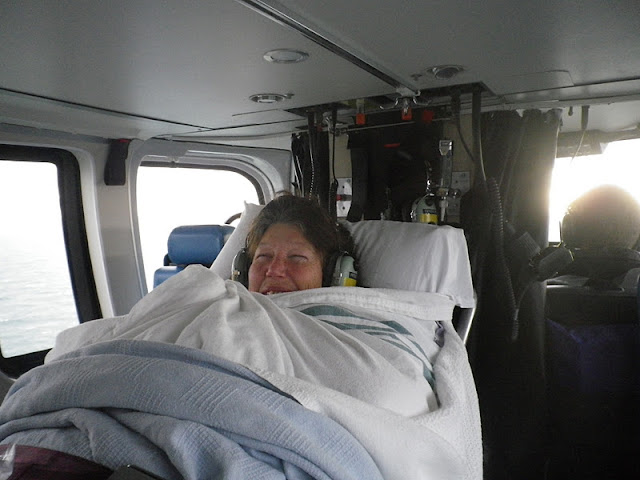 Never let someone look at your camera if you don't want your picture taken!
I could at least smile as I was heading home with some things to work out but generally a clean bill of health.
(I also always travel with a camera in my hand or my pocket!) 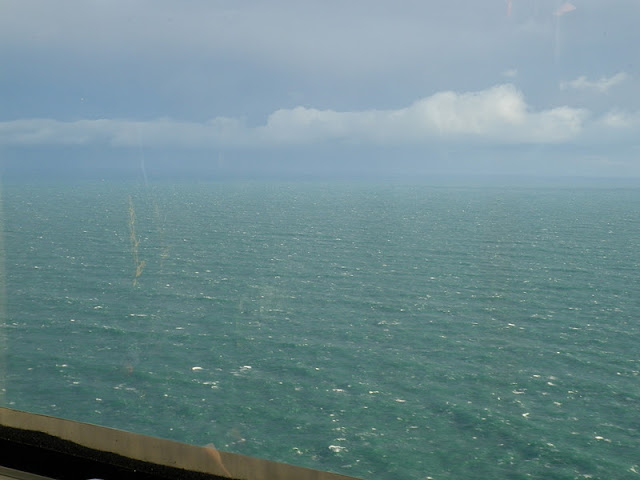 The skies cleared but the seas where still pretty rough. 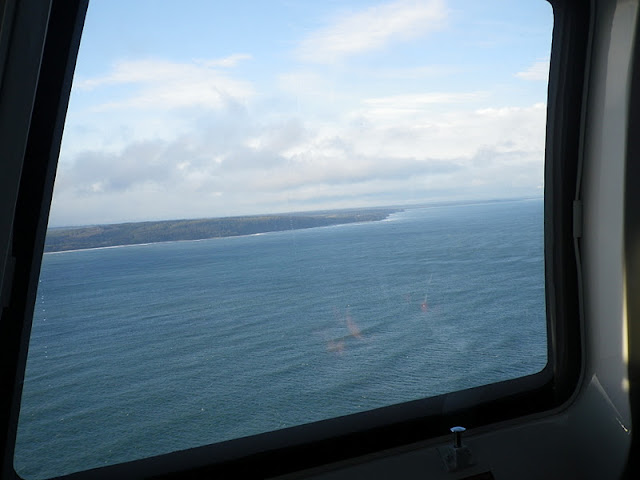 Finally the shores of home. 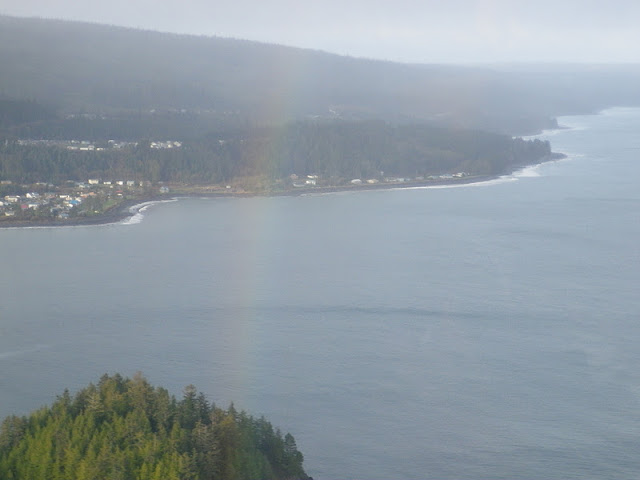 A welcome rainbow over Skidegate. 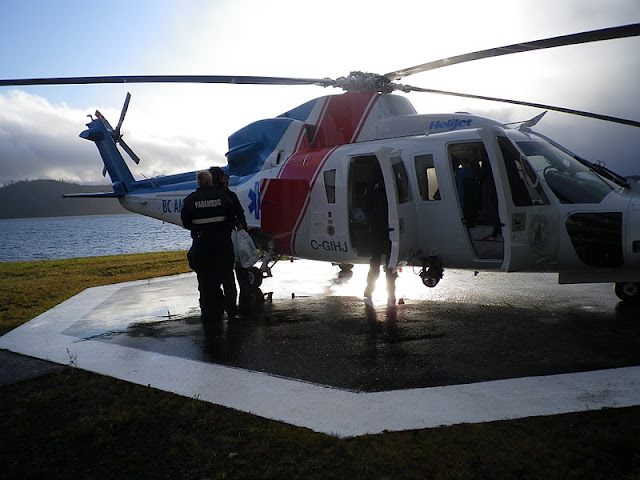 My ride!
In Canada we have universal health care.  It varies a little from province to province but if you need care you get it.  That trip there probably used up all my premiums to date and then some!
I am eternally grateful to the doctors, nurses and staff of Queen Charlotte and Prince Rupert General Hospitals and the EMTs and pilots of BC Ambulance Service for their care and compassion.
Posted by Carolyn at 10:43 p.m. 18 comments: 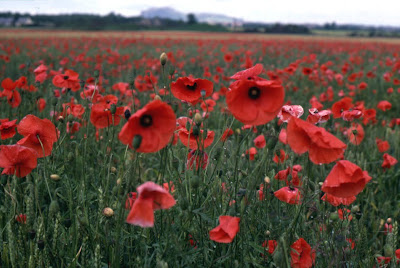 In Flanders Fields
In Flanders Fields the poppies blow
Between the crosses row on row,
That mark our place; and in the sky
The larks, still bravely singing, fly
Scarce heard amid the guns below.
We are the Dead. Short days ago
We lived, felt dawn, saw sunset glow,
Loved and were loved, and now we lie
In Flanders fields.
Take up our quarrel with the foe:
To you from failing hands we throw
The torch; be yours to hold it high.
If ye break faith with us who die
We shall not sleep, though poppies grow
In Flanders fields 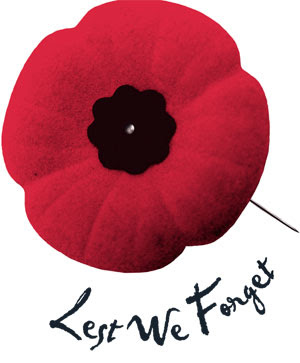 Watery Wednesday ~ I am always amazed... 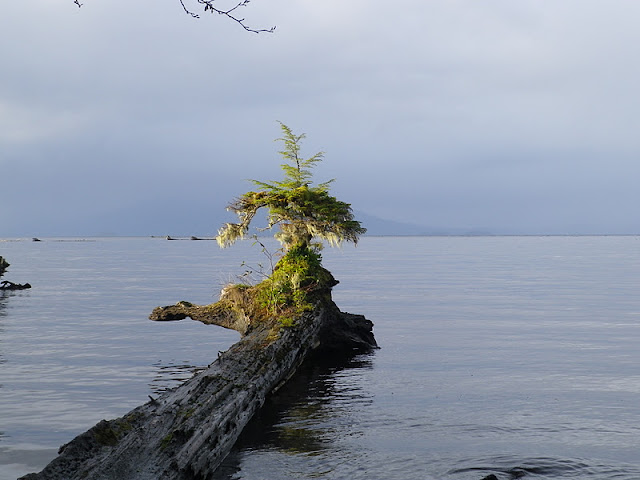 I am always amazed at the simple beauty that surrounds us.
Check out other great watery places at
Watery Wednesday

Carolyn
Haida Gwaii, Canada
“My soul is striving to remember who I am, to make who I am compatible with who I was born to be, to bring who I am into synch with who I will be.” – Steven Foster

Now is he not the cutest grandmonkey you have ever seen? Hudson Daniel at 19 months! 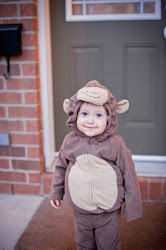 "For you are fearfully and wonderfully made" ~ Psalms 139

Some of my favourite Places